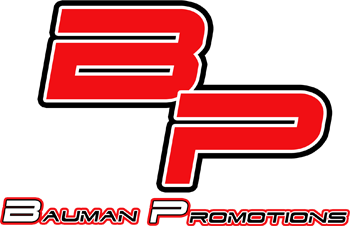 NEXT SUNDAY Night May 29th the Gary Cook Jr Memorial featuring the Zane Automotive Service UMP Modifieds running for $2064 to Win and $125 to start. Also on hand will be the UMP Super Late Models running for $1500 to Win and $150 to start, the Perkins Seed House UMP Pro Late Models for $500 to Win and the USAC/IMRA Speed 2 Midgets sponsored by NuTech Seed running for $500 to Win and $80 to start.
Modifieds and Supers will be only classes to TT. Midgets and Pro Lates draw for ...starting spot. All classes top 6 to 8 will redraw at intermission for feature spot
All classes will be on transponders. $10 rental plus driver's license, $15 for pouch or $250 to purchase Transponder, Charger and Pouch.
We have two $25 gas cards to give away along with merchandise from Hoosier and a few other prizes.
After a mix up on the boys bike last Saturday we will be doing the 20" bike give away again on Sunday. So boys 7 and up make sure to sign up.
Cooler size is 10x14x12 Tall (NO EXCEPTIONS) $5 everytime through the gate. (NO FOOD OR GLASS)
NO Large Purses and NO BACKPACKS ALLOWED
Everything is subject to search
Pit Gate opens at 12
Driver's Draw Starts at 3 and ENDS at 5:30
Driver's meeting 5:45
Hot Laps 6
Grandstands open at 5
Modified and Super L/M TT around 6:20
Racing to start around 7
General Admission $20
Kids 10 and Under are $5
All Pit Passes $35
New policy on Rain out, as long as you have your armband or ticket stub you may use it at any racing event in 2016 at Spoon plus any extra cost over the purchase price of that ticket or armband. This doesn't include coolers. Transponders must be turned back in night of race.
This is one race you won't want to miss, so make your plans now for Sunday Night May 29th to see some of the Best Driver's on Dirt do Battle on the High Banks of the Spoon!!

Rain Delay, Showers Go Away, Leading to Wins by Biswell, Bollinger, Mallonee and May

Mother Nature’s version of putting water on the track caused a short delay in the Saturday night program at Spoon River Speedway, but after the shower passed and the racing resumed, driver’s were left with a perfect track for feature racing.

The delay came in the Pro Late Model heat, with just one more heat to follow before intermission. Promoter and track prep guru Brad Denney had closely monitored the weather radar all day, and knew what he wanted to do should the shower hit the speedway. When it did, midway through that heat race, Denney sent the Pro Late Models off the track and immediately jumped in his tractor to start “wprking” the track as the shower subsided.

After a few minutes of track prep, Denney announced over the crew radios to have the Pro Late Models return to the track and finish their heat, and the rest of the night went off as planned with the usual smooth, multi-groove racing surface for driver’s to battle on.

Ray Bollinger of Kewanee, IL missed Opening Night at Spoon River Speedway two Saturdays ago, but made up for it this past weekend with a dominating win in the Zane’s Auto Service UMP Modified Division feature at The Spoon.

“I love this place,” an exuberant Bollinger said in Perkins Seed House Victory Lane, “we like to travel around a bit and can’t always make it, but I do love this track.” Bollinger picked up cool $1,000 for his victory Saturday, and said the track was a “driver’s track”.

“You had a choice of grooves here as usual tonight, and always smooth,” he said. “We changed gears about three times after the heat trying to decide if we wanted to run the top or the bottom. Thanks to my crew, they worked hard and they made the right call!”

To earn the win, Bollinger had to get around one of the early leaders and pole sitter Brandon Roberts, who, hugging the bottom, was the early man to beat and who finished second. Bollinger was forced to the high side after running low early to make the pass for the lead, and it stuck. Kelly Kovski led the races initial laps, but a mechanical issue forced him out of the lead and eventually out of contention. Josh Allen, in his second week running with the Open Mods full time, started 8th and drove to 3rd with an impressive run, followed by Allen Weisser and Rodney Bowman.

Racing action returns to the Spoon this Saturday Night April 23rd. Once again the USAC/IMRA Speed 2 Midgets sponsored by NuTech Seed will be on hand running for $400 to Win and added purse on down. Check out the IMRA page for details. The Zane Automotive Service UMP Modifieds will once again be running for $1000 to Win Thanks to a sponsor who wishes to remain unnamed. The Perkin Seed House UMP Pro Late Models will be on hand along with the Farmington Locker UMP E-Mods, the Fu...lton Farm Service UMP Hornets and the Spoon 6-Shooters. More give aways at intermission and the Kids Bus makes its first appearance of 2016.
Pit Gate Opens at 4:30, Grandstands Open at 5
General Admission $15,  Kids 10 and Under are FREE
ALL Pit Passes $30
Modifieds and Midgets will be on transponders.
$10 to rent plus Driver's license or $250 to buy Transponder, Charger and Pouch.
Pouches are $15
Hope to see you, your family and friends this Saturday night at the Spoon.

The 33rd season of racing at the legendary Spoon River Speedway kicked off in fine fashion this past Saturday night, with a big crowd enjoying perfect spring weather, great racing on a smooth surface already in mid-season form, and giveways of all kinds.

Spoon River Speedway welcomed a new regular race division, the NuTech Seed USAC/IMRA D2 Midgets, to the track for their first race of many in 2016, and the nice field of 18 did not disappoint, featuring fast, close, exciting racing throughout the night.

This Saturday Night April 16th will be the 33rd time Spoon River Speedway has opened it's doors for some of the best stock car racing in Central Illinois. The High Banked 3/8 mile D shaped oval will be introducing one of the most growing divisions in motorsports, the USAC/IMRA Speed 2 Midgets sponsored by NuTech Seed which will be running for $500 to win this Saturday night. Back once again will be the Zane's Automotive Service UMP Modifieds paying this Saturday nights feature winner $1000, the Perkins Seed House UMP Pro Late Models, the Farmington Locker E-Mods, the Fulton Farm Service UMP Hornets and the Spoon 6-Shooters.

Transponders Come to Spoon In 2016

Now that I have everyone fired up we have talked it over and decided to change our transponder policy. A long with this change there will also be no point fund for 2016. We have talked to our Division Sponsors and they have agreed with this decision. We will split their sponsorship money up on some specials throughout the year. So all pit passes will be $30 except for specials which will be TBA.

You can either buy a transponder for $250 (Transponder, Charger, Pouch) that you can use at other tracks (that use the Westhold yellow system) or rent one for $10 a night Plus Driver's License. If you have a Westhold yellow transponder it will work with our system is what they told me and that will work also. Just show us the serial number. If you want to purchase one it takes roughly one week to get it. Most tracks are going in this direction and Spoon would like to keep up with all the changes in racing.