Breaking News: Spoon is Closed for the rest of the 2020 sesaon. Look for some exciting news coming for 2021 at the Spoon!! 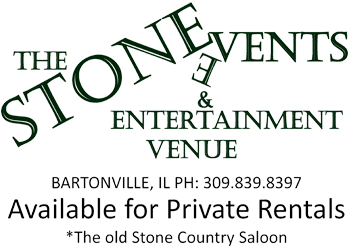 TWO Big Nights of Racing This Saturday and Sunday Nights

Starting the weekend off on Saturday Night, May 24th, we will be having the 3rd Annual Randy Test Memorial Race featuring the Perkin Seed House UMP Modifieds running 25 Laps for $1000 to Win with second paying $500. This will also be $1.00 Hot Dogs Night (while they last) in Honor of Randy. Also on hand will be the Monical's Pizza UMP Pro Late Models, the Farmington Locker UMP Limited Modifieds, the Fulton Farm Service UMP Hornets and the Spoon 6-Shooters. Normal Gate Times and Admission Prices.

May and Moos Break Through At Spoon

Scott May took advantage of a “Goulden” opportunity to win the Perkins’ Seed House UMP Modified Feature Saturday night at Spoon River Speedway, the first main event win this season for the veteran driver who has more than 200 feature wins at the high-banked, super-smooth 3/8 mile clay oval.

On the other end of the career victory spectrum, the Moos was turned loose in the Monical’s Pizza UMP Pro Late Model feature, as youngster Myles Moos of Hartsburg won his first feature…ever…at the legendary track.

It was a nice mix of returning winners and first time winners in the feature races Saturday night at Spoon River Speedway.

A big Perkins’ Seed House UMP Modified Field of 26 checked in for the action, and action they provided on the high banks of the 3/8 mile oval. Allen Weisser was the second car in the division to qualify, and served notice with a lap of 14.89 seconds that he intended to be in the mix all night long and attempt to win his second straight feature race.

May 3rd Was a Action Packed Night In All Divisions

Logan Moody had a choice Saturday: Stay home in Catlin, IL and attend his high school prom, or head across the state to Spoon River Speedway with his #162 Pro Late Model and go racin’. The results show the high school junior made the right choice.

After turning the fastest lap in qualifying (14.76 seconds) thus far in 2014 at the high-banked 3/8 mile oval, Moody established himself as the man to beat on a comfortable spring Saturday evening, and backed it up later in the evening with the feature win in the Monical’s Pizza UMP Pro Late Model Division.

Heck & Lodge Fly Like the Wind for Win at Spoon River

What started as a comfortable spring evening turned into a windy, chilly night at Spoon River Speedway, but Moline's Donovan Lodge didn't feel a bit of the cold, coming from a 7th place starting spot to win the Perkins' Seed House UMP Modified Feature Saturday night.

On a smooth, slick track, it became apparent early in the 20-lap Modified feature that the inside line was the dominant line, as Allen Weisser, AJ May, Scott May, and Butch Weisser all took turns making power moves in the first half of the caution-filled feature on the bottom side of the race track when drivers in front of them slipped out of the low groove.

As several early cautions mid-pack and farther back happened in the first six laps, Lodge started to pick his way through the front running pack, and by mid-race, he was solidly in fourth. Lodge then picked a line about a groove off the bottom, and made that second groove work, passing the leaders on the outside to eventually wrestle his way into the lead. From there, he pulled away for a relatively easy win considering the closeness and competitiveness of the 22-car field in the first half of the event.

The owners of UMP Modified Team 242 and their driver, Canton's Richie Biswell, made the decision before the 2014 racing season to race for more fun and less stress, and to run less races but be better prepared for those they do. If their performance on the 2014 Spoon River Speedway Opening Night is any indication, they made the right moves, and will be a force to be reckoned with all year long.

Biswell dominated the 30-lap, $1,000-to-win Easter Egg 30 UMP Modified race to kick off the season, leading from green to checker and leaving no doubt as to which car was the track's fastest Saturday night.

"It's a long time coming", said the always fast, but often victim of bad luck Biswell in Victory Lane. "It felt good , the track was good, and I want to thank the guys on the crew." He also gave a nod to his late uncle Randy Test, who was instrumental in Biswell's career.

While Biswell pulled away with each restart, veterans Brian Lynn and Kelly Kovski waged a marvelous battle for second, Kovski running the bottom line and Lynn on his familiar high line. Zac Oedewaldt drove a solid race for fourth, finishing just ahead of his dad Zane, who rounded out the top five. Fairview's Dale Munson brought the Welker Racing M1 home in sixth, followed by Mike Brooks and Derrick Carlson. Steve Theivagt and Kyle Steel rounded out the top 10, Steel was an early front runner until a tire began to go flat and his handling went away.

In the UMP Pro Late Model Class, defending UMP National Champion Aaron Heck of Mt. Vernon picked up the victory over a smaller than usual but quality field of cars. Heck expressed his enjoyment of the high banks of Spoon River Speedway in Victory Lane.

"Man, I just gotta thank the Denneys for this race track," Heck said. "It felt like it was about 20 miles an hour faster than last year, and it was fast last year! The track is so smooth and you can run anywhere on it, it's just a great place to come. I thank my dad and my brother and my mom for helping me with this car, it was awesome."

Kevin Morrow of Pekin held off Mark Anderson of Canton to win the UMP Pro Modified Division season opener, followed by Josh Allen, Josh Smith and Mark Ross. As it has in the past few seasons, that division looks to be as competitive as ever, and 2014 promises to be a thriller every week in Pro Mods.

This Saturday is Autism Awareness Night at Spoon River Speedway, details on the Speedway's Facebook page, and promoter Brad Denney announced Tuesday he is increasing the purse in the Pro Late Model

Lewistown, IL - Feb 15 2016 - Spoon River Speedway has announced the following fan information regarding their 2016 Racing Season.  Updated will be available here at the new