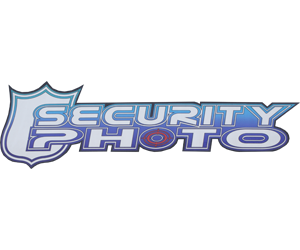 This Saturday Night will be the Annual Bill Anderson Memorial featuring the UMP Pro Modifieds 35 lap feature event for $500 to win. Also on hand will be the UMP Modifieds, the UMP Pro Late Models, the UMP Hornets and the Spoon 6-Shooters. Normal gate times and admission prices

A big field of cars in both the Zane’s Auto Service UMP Modifieds and the Perkins Seed House UMP Pro Late Models combined to put on an outstanding show Saturday night on “Canton Night” at Spoon River Speedway.

In the 26-car UMP Modified field, Allen Weisser took the lead just past the midway point of the 20-lap feature and drove to victory on a fast track, in front of Canton native and current Joe Gibbs racing employee Eric Phillips, who was in town for the weekend and in Weisser’s pit for the evening. But for the first half of the race, it looked like Weisser and the rest of the star-studded field was just racing for second behind Peoria’s Erik Bruce, but shortly past midway a slight bobble coming out of turn four by the leader allowed several cars to get by, led by Weisser running on the topside of the track.

After two weeks of rain outs the driver's are itching to get back out to the High Banks of the Spoon for some more great racing action. On hand will be the Zane Automotive Service UMP Modifieds, the Perkins Seed House UMP Pro L/M's, the Farmington Locker UMP Pro Modifieds, the Fulton Farm Service UMP Hornets and the Spoon 6-Shooters.

Hot Laps 6:15 followed by Pro L/M and Modified Time Trials with racing to begin around 7

Spoon River Speedway will offer two great nights of racing this Saturday and Sunday Nights, May 23rd and 24th.

First up on Saturday Night May 23rd it will be the fourth annual Randy Test Memorial featuring the Zane Automotive Service UMP Modifieds running for $1000 to Win. The Farmington Locker UMP Pro Modifieds will be running for $325 to Win. Also on hand will be the Perkins Seed House UMP Pro L/M's, the Fulton Farm Service UMP Hornets and the Spoon 6-Shooters.

Veteran UMP Modified hot shoe Butch Weisser is known at Spoon River Speedway for his mastery of driving the low line on a dry slick track, but on a night when the high side was the best side, the elder Weisser schooled the field, moving up to the top side and becoming “Butch On The Berm” for a 20-lap feature win at The Spoon.

“I knew the top was going to be good,”, said Weisser in the Perkins Seed House Victory Lane, “this car works well on both the top or bottom, tonight was just a night we had to take it to the top.”

Take it to the top he did for almost all of the 20-lap event, moving down to protect his lead on only a couple of occasions, the last one after Mike Chasteen, Jr., flying after near disaster early in the race, was able to show Weisser his nose on the inside coming out of turn two late in the race. Weisser moved low to protect in turn 3, the drivers gave each other room to race, and Weisser was able to hold off the hard-charging Chasteen.

Racing Returns to the Spoon this Saturday Night May 2nd

This Saturday Night May 2nd racing action will return to the high banks of the Spoon River Speedway. Invading the Spoon for the first time will be the IMRA Midgets. These lightning fast hot rods will be in action dueling side by side in a 25 lap feature event. All of our regular classes will also be competing as well. At intermission we will have the first of two Garden Lawn Mower races of the year featuring Stock and outlaw mowers.

General Admission $15 with Kids 10 and Under FREE

Hope to see everyone this Saturday Night May 2nd for some more 3 and 4 wide racing on the High Banks of the Spoooon!

2015 Season Off To A Great Start At Spoon River Speedway

Perfect weather, a silky smooth, fast track, the largest Opening Night crowd in years and a thrilling UMP Modified Feature made for a tremendous start to the 2015 racing season at Spoon River Speedway this past Saturda y night.

With temperatures hovering in the 70’s for most of the evening, a comfortable crowd was treated to great feature racing throughout the night, highlighted by a green-to-checker feature in the Zane’s Auto Service Modified Division, eventually won by Mason City’s Brian Lynn in his Dodge-powered hot rod.

This Saturday Night April 18th will be Spoon River Speedway's 32nd Opening Night. With the great weather forecast for the weekend we are looking for a spectacular night of racing. We are excited about all our divisions this year. The UMP Modifieds will be the show case class again in 2015 with some of the Best Driver's in the Midwest doing Battle Saturday Nights on the High Banks of the Spoon.

Admission Prices, Pit Prices and times are the same as in 2014 on Regular racing events

General Admission $12.  Kids 10 and Under are FREE

Racing to start around 7

Double Track points will be awarded in all classes this Saturday Night. We will also be giving away a $25 Gas card at intermission a long with glow bracelets for the kids.

Hope to see everyone this Saturday Night April 18th at the Spoooon!

Spoons playday is scheduled for this Sunday April 12th from 12 to 4. Pit gate will open at 11. All Pit Passes will be $25 with FREE Grandstand admission. There will be a limited menu at the main concession stand.

Thanks You: Brad Denney

Spoon River Speedway is Proud to Announce that Joseph Putnam (Slingin Dirt Security Photo) will be the Official Photographer for SRS starting in 2015. We are very excited to have Joe come on board this season. Joe takes some great action shots and has a keen eye to catch Driver's and Pit crews in action. You can go to his Facebook page and check out his work. I'm sure Joe will be going around introducing himself and letting you know what he has planned for pictures and such in the up coming season. Welcome to the SRS Family Joe!!

Race season will be here before we know it. Play Day is scheduled for April 12th with the Season Opener slated for April 18th.