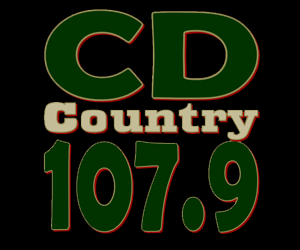 May, Weisser Pick Up Important Wins

As the 2017 UMP DirtCar season draws closer to an end, several area drivers in the hunt for national points championships picked up much needed victories and solid finishes at Spoon River Speedway on Meet the Driver's Night.

Moos, Morrow Win Two In A Row At Spoon

It was a spectacular night at Spoon Saturday as they hosted their annual Kids Back Pack Night. More than seventy back packs were handed out at intermission to the kids by the Drivers, Spoon River Speedway workers and management putting a huge smile on their little faces. The track even had their Kids/Fans bus on hand to give rides through the pits and around the track. At one point the Modified dash came out on the track and during the parade lap split the bus giving the kids and fans a thrill.

The racing action began with the Dirtcar Pro Late Model division with Austin May, who had set fast time earlier won the first heat race. Allen Weisser brought home the win in the second heat race. After the front three in each heat redraw, they found Evan Fink sitting on the pole with Samuel Halstead outside front row. Halstead would jump out to the early lead but National point leader Allen Weisser took over on lap five. Weisser would hold the lead until a hard charging Myles Moos would make a crossover move out of turn two late in the race to pull out his second feature win in a row at Spoon. Weisser would finish second followed by Halstead, Jason Wagner and Mavrick Piller.

Next up was the exciting USAC/IMRA Speed2 Midgets which saw Promoter Brad Denney behind the wheel of one of the sixteen hotrods on hand. Tyson Hart would win the first heat race while Chase McDermand would win the second heat. After the redraw, Hart would start on the pole with McDermand on his outside. Hart would jump out to the lead and hold off McDermand and third place finisher Mitchel Davis to pick up the feature win. Behind Davis was a tenth place starter Andy Baugh and Adam Taylor rounded out the top five. Promoter Brad Denney started sixteenth and would finish just outside the top ten in eleventh. Denney would exit the midget with a smile from ear to ear saying “Man these cars are fun. It took me a little while to get use to the quick steering but after that I started to feel more comfortable in the car. I might have to get me one of these.” Johnny Murdock who let Denney drive one of his cars nickname Denney the Hurricane saying “He picked right up on how to drive a midget and was up to speed fast. We might have to do this again if he wants.”

Twenty Dirtcar Modified were on hand. Ray Bollinger (Second in National Points) would take home the win in heat one of three. Heat two saw Allen Weisser (Third in National Points) would bring home the win with track point leader Brandon Roberts winning heat number three. Weisser would draw the pole positon for the dash and run away with it to put him on the pole for the feature event with Roberts on his outside. Weisser jumped out to the early lead and never looked back to pick up the feature win. Behind Weisser was a different story as Roberts, Bollinger and Josh Allen would battle it out for the entire twenty laps from top to bottom for second. As the checkered flag flew, Bollinger would take second followed by Allen then Roberts with sixteenth starter Dave Wietholder rounding out the top five.

In the E-Mod division, Kevin Morrow would win the first heat race while track point leader Mark Anderson would win the second heat. Fifteen E-Mods would start the feature event with youngsters Mason Duncan and Dawson Cook leading the field to the green. Duncan would jump out top the early lead but it didn’t take long for sixth place starter Morrow to pass young Duncan on the third lap and lead the final twelve laps for his second feature win in a row and also taking back over the point lead from Anderson. In second was Matt Dobey who earlier had set fast time for the night in this division. Behind Dobey in third was Duncan followed by Cook and Trent Ross.

Next Saturday Night is the annual Meet the Drivers Night when all the cars will be parked on the front stretch and the fans will be allowed to come out on the track to get autographs and meet their favorite drivers. Check out Spoon’s Face Book page and website for more info on this and other up coming events.

Bollinger Roars To Another Win At Spoon

Ray Bollinger continued his hot pursuit of the 2017 UMP DirtCar National Modified Championship with another victory at Spoon River Speedway Saturday night, this one in much more dominating fashion than the nail-biting finish of the previous event at Spoon on July 22nd. Bollinger proved to be the class of the field Saturday night very early when he turned a blistering 14.41 second lap in qualifying before winning his heat, the Mod Dash, and the 20-lap feature in the Zane’s Auto Service Modified Division at the high-banked oval.

With the win, Bollinger stayed within shouting distance of National Points Leader Mike Harrison, who races mostly at Southern Illinois tracks but will most likely be head to head with Bollinger and the rest of the Spoon River local come Labor Day Weekend for the Fall Modified Nationals.

In what might be a momentum changing night, AJ May, driver of the #A9 entry in the Spoon River Speedway Perkins Seed House Pro Late Model Division, charged to a big win Saturday ahead of three of the other Top 5 Pro Late Models in the nation, and served notice that he is ready for the stretch run of the season as he tries to defend his 2016 National Championship. May pulled way late in an entertaining 20 lap feature to pick up his first win in a few months at Spoon River, and was guardedly optimistic afterwards in Victory Lane.

Canton native Chris Windom returned to his hometown with the PowRi WAR Wingless Sprint Car Series Saturday night, and earned a win at Spoon River Speedway in front of many family members and friends. Windom’s sprint car and champ dirt car exploits take him all over the country, and he even participated in the NASCAR Truck Series race last Wednesday night on the dirt at Eldora Speedway in Ohio. After winning the WAR Sprinters race Friday in Champaign, the traveling group invaded Spoon River Saturday night. Racing on a track perfectly prepared by Brad and Morey Denney despite a huge early morning deluge of rain Saturday, the Sprints lauded the race track, one team saying “we weren’t great, but that awesome track was!” on their social media page the next day. Windom found it to his liking early, dominating the first of two WAR heats to set the tone for the night. Heat 2 went to talented Landon Simon.

This Saturday Night July 22nd will see the POWI WARS 410 Non-Winged  Sprint cars invade Spoon River Speedway for the first time. These exciting daredevils will bring you off your seat with their close action racing and exciting slide jobs. A big car count is expected with this series. Also running will be the Zane’s Automotive Service Dirtcar Modifieds, the Perkins Seed House Dirtcar Pro Late Models, the Fulton Farm Service E-Mods and the Farmington Locker Dirtcar Hornets. Gate times and Admission prices are on the flyer. For more info visit Spoon’s Face Book page or their website.

It was just a matter of time before young Josh Allen, son of longtime Canton UMP Modified driver Bobby Allen, made his way to Victory Lane after a feature at Spoon River Speedway in the track’s top Modified Division. And when he did, he did it in grand fashion, with a last lap pass of one of the best Mod drivers in the country, Allen Weisser, to take the win Saturday night. After honing his skills in the E-mod division for a couple of years, the younger Allen got a taste of the Open Mods last year, often in the same field as his Dad. This year, to this point, the elder Allen has stepped away from driving to focus on helping his son continue to develop. Josh won the feature Saturday, July 8th at Charleston, IL for his first Mod feature win, and apparently it felt so good he didn’t want to wait for another.

It was just like old times Saturday at Spoon River Speedway, as the annual “Quick Draw” event returned for the night. The Quick Draw is an event that eliminates the heats for the night, instead running races in segments, with a redraw at the end of the segments that could invert the finishing order for the following segment, depending on what was spun on the “Wheel Of Invert!”. This year’s event was modified to make each division run two segments instead of three, meaning just one spin on the wheel, but the chances of starting “straight up” were limited by the odds on the wheel. Sure enough, the three top divisions of racing at the track all ended up inverting the entire field from the first segment, meaning the top finishers had to go all the way to the back of the pack and fight their way through the field to earn enough points to win the Quick Draw.