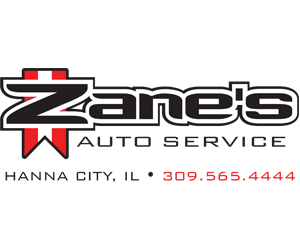 Bollinger Roars To Another Win At Spoon

Ray Bollinger continued his hot pursuit of the 2017 UMP DirtCar National Modified Championship with another victory at Spoon River Speedway Saturday night, this one in much more dominating fashion than the nail-biting finish of the previous event at Spoon on July 22nd. Bollinger proved to be the class of the field Saturday night very early when he turned a blistering 14.41 second lap in qualifying before winning his heat, the Mod Dash, and the 20-lap feature in the Zane’s Auto Service Modified Division at the high-banked oval.

With the win, Bollinger stayed within shouting distance of National Points Leader Mike Harrison, who races mostly at Southern Illinois tracks but will most likely be head to head with Bollinger and the rest of the Spoon River local come Labor Day Weekend for the Fall Modified Nationals.

“We just have to keep on our game and keep winning,” he said about his current 2nd place overall standing. “The track was great here tonight as usual, it’s all you can ask for as a driver to have a smooth track to race on.”

Bollinger dominated despite an unusually high number of cautions in the race, pulling away with each restart.

“The car was good, and with Allen (Weisser), Josh (Allen) and Brandon (Roberts) right behind me, we knew we had to be clean on the starts and just keep focused ahead,” Bollinger said. “It worked out pretty good.”

He also then expressed his condolences to the Westcott family, with some 50-strong gathered high in the bleachers in honor of Debbie Westcott, a 30-year Spoon River Speedway regular who passed away last week.

Finishing behind Bollinger in the feature were Weisser, Roberts, Allen and Todd Bates to round out the top five. In separate and in both cases single car incidents, Tommy Duncan (lap 18) and Zac Oedewaldt (final lap) rolled their cars in turn four late in the race, fortuantely both drivers were able to walk away uninjured. It appeared both cars had “hooked the berm” on the very top of the race track, as their right rear tires jumped over the top of the track while sliding through the turn at high speed.

Earlier in the night Bollinger and Josh Allen won the Mod heats, and Bollinger then won the six-car Mod dash, which had a $200 bonus attached courtesy of the Westcott family mentioned above. Bollinger then donated that bonus to St. Jude, as track Promotor Brad Denney had announced a fund raising effort for St. Jude Saturday that ultimately ended up with $2,200 being raised in just a few hours…Denney rushed the money to the telethon that was being aired in Peoria and made the presentation after the races ended. Several drivers and teams donated their winnings, fans donated, and the track donated its half of the 50/50 drawing and a dollar from each ticket sold to St. Jude.

In the Perkins Seed House Pro Late Model Class, the National Championship will eventually run through Spoon River as well, as three of the top six in the country (Allen Weisser, 1st place; defending Champion AJ May, 2nd place; and Myles Moos, 6th place currently) were in attendance Saturday. Nine of the top 10 in points in the nation have made appearances at Spoon River this year, eight of them on multiple occasions.

On Saturday, it was Moos’ turn to gain some ground on the leaders, as he won the 20-lap feature.

“We’re really trying to get up there and battle for that title, but we’ve had a really bad last few weeks before tonight,” he said in Victory Lane. “It was good to finally get back on track and get one here tonight. The track was actually a little heavier (damp) than we expected, so I had to keep my eye on the guys at the top, I knew they’d be coming up there, we just wanted to try and run the bottom and stay out front. When they got close I moved up a bit to protect the lead.”

The fastest of those chasing was Evan Fink, who is surprisingly NOT one of those top 10 in the running for National points this year, as the team is not actively seeking that title. Fink flew around the topside throughout the race, holding off challenges from May and Weisser to finish second. May got third, followed by Weisser and Josh Jackson.

Moos and May won the Pro Late Model heats.

In the Fulton FS E-mod class, Kevin Morrow of Pekin returned to Victory Lane for the first time in several weeks, and promptly donated his paycheck to St. Jude.

“We’re giving our check to St. Jude, and thanks to Brad for putting this together and raising money for those kids,” Morrow said to the crowd from Victory Lane.

Morrow charged to the front early from his 4th starting position and never looked back in picking up the win. Mark Anderson - winner of the previous four features in the division - also charged forward, from 6th to 2nd at the finish, followed by Mark Ross, Jake Montgomery and Dawson Cook.

Nick Johnson won the Hornet feature in his first visit to Spoon this year, followed by

The annual Back Pack night, a hugely popular event each year for the kids, happens this Saturday at the track. Each year as the event grows more drivers and teams join the track management and staff in bringing back-to-school back packs for giveaway to the kids in attendance. For more info go to spoonriverspeedway.com or visit the track’s facebook page.