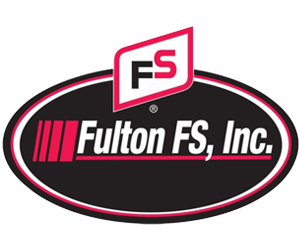 A gorgeous night for racing once again took place at the high banked oval of Spoon River Speedway for Autism Awareness Night. The track and fans once again showed its generosity donating over $600 to help draw awareness to autism and having a nice crowd dress in blue to watch another action packed night of racing.

Starting off the feature events was the Farmington Locker E-Mods with Matt Dobey and Kyle Girard leading the field to the green. Girard would jump out to a early lead followed by Dawson Cook and Evan Fink, but the man on the move was sixth place starter Allen Weisser threading his way through cars to take the lead on lap three and never looking back. Fink. Girard and Cook would battle it out for second with Fink finally holding them off. Girard would finish third followed by Cook  and Steve Jones. Heat race winners were Girard and Weisser.

Next was the Bartonville Express Lube Dirtcar Hornets with Mike Foster once again running away with the feature win. Derrick DeFord would finish in second followed by Brett Pratt, Brett Ragon and April Holt. Heats went to Pratt and Ragon.

Nineteen Modifieds would do battle at Spoon Saturday night. In the third heat race rookie Zachery Brandt would take a terrifying tumble off of turns three and four rolling 4 or 5 times. The Spoon crew moved swiftly to get to Zachery and he emerge unscaved but the car wasn’t that lucky and was completely destroyed.  As the feature rolled out Brandon Roberts would set on the poll with Ray Bollinger to his outside. Roberts would jump to the lead running the bottom with Bollinger in second running the high side. Third place starter Kevin Morrow and sixth place starter Allen Weisser would be right on their heals with all four cars running all over the track. Roberts, Bollinger and Weisser would run inches apart until on lap fourteen Bollinger would explode his right rear tire ending his night of racing. On the restart Roberts would use the high side in one and two then driving to the bottom in three and four to try and hold off the hard charging Weisser who would keep showing Roberts his nose but Roberts was in a groove and would bring home his first feature win of 2018 at Spoon. Weisser would settle for second followed by Kevin Morrow, Zane Oedewaldt and Trent Ross all with their best finishes so far of the season. Heat wins went to Bollinger, Roberts and Oedewaldt.

The final feature of the night was the Perkins Seed House Dirtcar Pro Late Models. Brandow Eskew and Austin May would take off from the drop of the green flag putting on a exciting two car battle for the fans. Eskew would lead May running the bottom of the track. May would try every groove to pull past Eskew but Brandon wouldn’t bobble and took the feature win. May would finish second followed by Andy Minett, Evan Fink and Trevor Gundaker. Heats went to May and Minett.

Next weekend Spoon will hold the Gary Cook Jr Memorial on Sunday night May 27th. A large group of cars are expected with the Modifieds running for $2564 to win the 40 lap main event. The exciting Super Late Models will make their first visit to Spoon on Sunday night running for $2000 to win. Also running will be the E-Mods, USAC/IMRA SpeeD2 Midgets and the Hornets. More information can be found on Spoon’s FaceBook page and website.