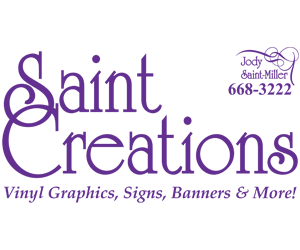 Under a bright full moon at Spoon River Speedway, Springfield UMP Modified driver Kelly Kovski got what he’s wanted for a long time, something that Todd Bates has already done a bunch of times, and something Bates did again in the UMP Pro Modified division Saturday night.

Kovski won his first ever main event at the high-banked, 3/8 mile clay oval, blasting around early leaders Allen Weisser and Brian Lynn with a high-side dash and then driving a mistake-free race on that top side, winning the Perkins Seed House Modified Feature in dominating fashion.

“I’ve wanted to win one here for a long time, and I’ve had my chances before, so this feels good!” said an exuberant Kovski in the Husqvarna Victory Lane. “I just want to thank the Denney’s for this track, I love this place, it’s a great place to race.”


Kovski used quick glances to a crew member in the infield during the race to assure him, as he added, “I knew from the signals that I was getting that I had a pretty good lead, so I just concentrated on not making any mistakes,” he said. Sailing around the super fast high line can be as treacherous as it is dominating, but Kovski did just what he set out to do, and made no mistake who was going to win on this night.

Allen Weisser ran second as he continues to accumulate Top 3 finishes in his hunt for the national UMP Modified points championship, and Lynn held on to third, briefly losing the position to a hard-charging Bobby Allen late in the race as Allen took to the bottom groove after the three leaders all went top side. Allen finished fourth, followed by Metamora’s Tommy Duncan, Kewanee’s Ray Bollinger, JD Beal of Adair, Michael Parsons from New London, Fairview’s Dale Munson, and Jim Ippenson of Auburn.

Heat races in the Division were won Saturday by Brian Lynn, Allen Weisser and Kovski. Allen Weisser set fast time by a mere .002 over Kovski in qualifying.

In the Farmington Locker Pro Modified Division, it was another dominating performance, but from a driver who has had his share of those over the years, and has been the hottest driver in the division for the last month. Todd Bates started 12th in the 13 car field after having to drop out of his heat race earlier in the night, and in a caution-filled feature, climbed his way towards the front.

The feature saw a few front runners drop out early, including Mark Anderson of Canton, who nicked a mine tire on the inside of the track early and broke suspension parts on the left front of his car, forcing his retirement. Also retiring early were Josh Smith, who looked to have the car to beat after thrashing the field in his heat race, and Matt Parrott of Deer Creek. Smith led the first two laps of the feature and looked like he would be hard to catch, but a balky fuel pump signaled the end of his night. Parrott was battling for a top five a few laps later when contact in turn 3 with Trent Ross ended Parrott’s night, much to the frustration of Parrott, who released some of that frustration on Ross as he exited his car after the pileup.

Pekin’s Kevin Morrow took second, followed by Josh Allen - who overcame a spin early in the race, Richie Biswell - who overcame being sent to the back after that early caution, and Manito’s Matt Dobey, with his best finish of the year. The Pro Mods raced on a track more “dry slick” than usual for them, as their feature followed the 305 Winged Sprint Car feature. Early in the evening, Smith and Anderson had won their heats, both with large leads at the checkers.

The 305 Sprints, with a night off from their normal Saturday night venue in Burlington, IA, were invited to race at Spoon River Speedway for the first time. Fourteen cars checked in for the show. Jake Glasgow of Burlington saw his night end early in hot laps with a flip off of Turn 2. He was okay, and was asking the crew to “flip me over and we’ll see how it looks” as he hung upside down in his seat. Unfortunately, the car was unable to continue.

Ben Wagoner of Emden won the 305 feature, capping off a very successful weekend that saw him win his heat earlier Saturday after winning the 305 feature at Lincoln Speedway the previous night. Cody Wehrle of Burlington won the other 305 heat and finished second behind Wagoner in the feature. Third went to Dan Bergquist of Burlington, and Andy Huston finished 4th.

In the Monical’s Pizza Pro Late Model Division, Flyin’ Brian Lynn took home the feature victory in the Quick Racing #4Q, completing a double on the night after winning the first heat as well. Lynn wasn’t seriously challenged in the main event, as Jose Parga, Myles Moos, and Tommy Sheppard, Jr. waged an exciting battle for second throughout most of the event. While they raced each other , Lynn stretched out his lead. Parga, Moos, and Sheppard finished 2nd through 4th in that order, and Brad Denney drove from a last-row starting spot to finish fifth.

Parga won the other Pro Late Model heat and also set quick time on the night with a 14.98 second lap in qualifying.

As Mother Nature provided a light show to the West, Steve Jones returned to Victory Lane in the Fulton FS Hornet Division feature, winning the 10-lap finale just as showers moved into the area and started to dampen the track. Early leader Derrick DeFord looked to be in control until a failing battery forced him to retire for the night.

Jones finished ahead of Robert Mendenhall, Dave Lauritson, Dallas Strauch, and Dion Smith in the feature. Heats were won by Thomas Angelo and DeFord.

As the checkered flew on the Hornet feature and the showers began, track officials were forced once again to delay a big fireworks presentation that has been planned since July 5th. Weather permitting, the fireworks display will happen this Saturday night, July 19th, along with the annual “Topless Races”, with Pro Late Models and both divisions of Modifieds invited to race without a roof panel.