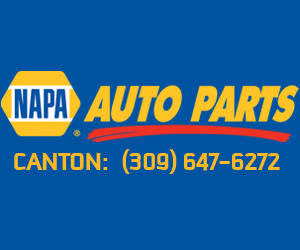 Champions Crowned After Successful 2014 Season Comes To A Close

A highly competitive and successful season of exciting racing came to a close at Spoon River Speedway last Saturday night, with Champions being determined in all divisions, and a UMP Modified feature thriller that summed up the whole year.

Weisser had the Modified crown sewed up before the season finale, and he and his crew took the opportunity to run at a big show near St. Louis Saturday night. But that didn’t prevent the quality field on hand from putting on a good show.

Mike Chasteen, Jr. pounced on the lead from the drop of the green flag and held a comfortable lead throughout the first 20 laps of the 25 lap feature. But as the race wore on and the high groove began to work, Springfield’s Kelly Kovski started to charge forward in an effort to reel in the flying Chasteen.

Working the top groove, Kovski was able to pull within striking distance on the final lap, when he finally dove low into Turn 3 with a good head of steam, trying to sneak under Chasteen, Jr. for the win. Chasteen gave him plenty of room on the bottom, but stayed smooth and mistake-free as he had been throughout the entire race, and the two came off of turn four with Chasteen in front by inches. The drag race to the finish line brought everyone to their feet, and Chasteen held off Kovski for his second feature win in the last month of the season

“That’s a good win, Kelly was really coming,” said a smiling Chasteen, Jr. in Husqvarna Victory Lane, while he posed for pictures with his Dad Mike, Sr, and his Grandpa Everett, who built the motor and came down from the stands to join in the Victory Lane fun. “I want to thank my Dad and my Grandpa for putting this car under me tonight,” he said, “and this track was so awesome this year…I’m thinking we’ll be here every week next year to run for points.”

The Modified Veteran has taken quite well to the Pro Late Model car, a car he first drove in the middle of the 2013 season.

“I just want to thank the Quicks for letting me drive this car, it’s a blast”, said Lynn. When asked what the key to victory was on the closing night of the season, he pointed towards the car owner and simply said, “that man right there, he set it up, I just drive it.”

For much of the second half of the race, it looked like Lynn would get a challenge from Brad Denney, who went to the top mid race and flew around several cars on his way towards the front. Denney got around Nick Bauman and was setting his sight on Lynn when the car hopped the narrow berm at the top of turn 4 a couple of times late. The “top side” was truly the very top of the race track by that point, and mere inches separated a perfect lap from the berm reaching up to bite. Both times Denney hopped the berm, he was able to somehow save not only the car from spinning, but was able to get back on the throttle without losing a top five position.

He eventually ran out of laps and finished third behind Bauman, who, like Weisser in the Modified Division, repeated as Division champion at The Spoon. “Lightning” Logan Moody finished fourth, and Tommy Sheppard, Jr. rounded out the Top Five.

The Farmington Locker Pro Modified champion for 2014, Todd Bates, left no doubt on the final night of racing, taking a 20-point lead into the 20-lap feature and dominating for his division-best 7th feature win of the year.

Josh Allen made a late charge to keep things interesting at the end, but settled for a second place finish before hopping in his Modified, earning a pair of solid finishes on the night. Mark Anderson and Richie Biswell had a thrilling side-by-side battle for several laps midrace, before Anderson took control of third place and held that spot through the finish, Biswell finishing fourth. Kevin Morrow rounded out the Top five to wrap up his second place finish in points.

In the Fulton FS Hornet Division, despite his 12 feature wins (7 in a row) going into the season finale, Derrick Deford had only a three point lead over Steve Jones before the 15-lap feature started. As they have all season, the two contenders raced hard and clean for the first hap of the race, but Jones eventually faded and had to settle for sixth on the night.

Following the night’s four features (no heats were run on this evening), the drivers turned their cars over to buddies for the “Mechanic’s” races and the Powder Puff races, a fun way to end the season. The 2014 Spoon River Speedway Awards Banquet is set for November 15th, visit spoonriverspeedway.com or Spoon River Speedway’s facebook page for upcoming details about the event.