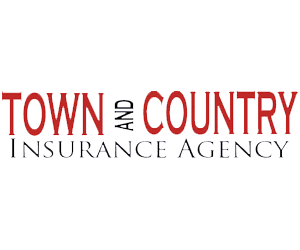 The action started with a record-setting qualifying session in Super Late Models, as three drivers broke the existing Spoon River Speedway Super Late Model Regular Season qualifying record (excluding Summer Nationals events), which was set back in 1984 by Gary Webb in one of the old “wedge cars”, when he turned a 13.88 second lap.

Springfield’s Brian Diveley, the 7th of 21 qualifiers, went 13.87, which held up until the 19th qualifier, Bloomington’s Donnie Walden, blazed a 13.86 second lap. But that lasted only two cars, as Mike Spatola on Manhattan, IL, whose last win at Spoon River Speedway came in a Modified, sailed around the topside of the speedway and crossed under the flagstand, inches from the wall, at 13.75!

Brandon Roberts led the way in Zane’s Auto Service UMP Modified Qualifying with a 14.65, a couple of ticks off his own track record, a 14.34 set earlier this year. Five of the 31 Modifieds turned laps under 15 seconds, with another six under 15.2 seconds in the stacked field on hand.

After heat races, a Modified B-Main, and intermission re-draws among the top finishing Mods and Super Lates in their heats, the feature lineups were set, and the Perkins Seed House UMP Modifieds were called to the track for their 30-lap Gary Cook Jr. Memorial Main Event, featuring $1,564 to win (the extra $64 in memory of Cook’s car number.

Pole sitter Tommy Duncan of Metamora grabbed the early lead, with Buffalo, IL veteran Jeff Leka in tow for the first few laps. Allen Weisser, from his sixth starting spot, jumped up to the top of the race track and started to move forward as the top 10 cars swapped positions back and forth numerous times on the racy, multi-groove track. Weisser eventually grabbed the lead from Duncan about 1/3 of the way through the race, and pulled away steadily after that for the win.

As the A-Dog climbed out of his car in Victory Lane, Gary Cook, Sr., there to present him with a huge trophy, was asked what he thought of Weisser’s performance.

“He’s an awesome young driver,” Cook, Sr. said, “and he drove a great race right there. He reminds me quite a bit of Gary, Jr.”

For Weisser’s part, that comparison was meaningful and emotional.

“Wow, that’s huge,” he said. “We all miss Gary, what a great racer he was. That’s awesome that he would say that.” Weisser and Cook, Sr. shared an embrace and Weisser thanked him sincerely for the trophy.

“We knew it was a tough field of cars,” Weisser added. “and starting sixth I knew I had to get up front as quick as I could. The top of the track was great, but there were guys going good on the bottom, too. Luckily for us, it worked out.” Whatever luck there was certainly was combined with skill and a good setup as Weisser won his third straight feature at Spoon River.

Heat races in the division were won by Roberts, Butch Weisser, Allen Weisser, and Dave Weitholder. Joe Wagner triumphed in the B-main, which was slowed by several cautions, but Wagner led it green-to-checker to transfer to the A-Main, where he drove all the way into the Top 10 before settling for 11th in the feature.

Finishing behind Weisser in that feature in the incredibly deep and talented field were Weitholder, Leka, Duncan and AJ May rounding out the Top 5. 6th through 10th were Bobby Allen, Mike Chasteen, Jr., Brian Lynn, Butch Weisser, and Erik Bruce.

In the Super Late Model Feature, Spatola drew pole position in the intermission re-draw and jumped out front early. But Ashland’s Kolby Vandenbergh, the teenage star who drove for several seasons in Spoon’s Pro Late Model Division before moving up to Super Late Model in equipment once owned and driven by Randy Korte, found the bottom of the track to his liking and reeled in Spatola, who was running the top. Vandenbergh grabbed the lead on lap 7 and started to pull away a few feet every lap until caution on Lap 11 regrouped the field.

“I almost messed up big time, picked the wrong tire,” Spatola admitted later. But after the caution, those tires started to work again for the driver they call “Opie”, and Spatola rocketed past Vandenbergh and held him off for the win.

“Haven’t won here since I was in a Modified,” he said in Victory Lane, “and it is very special to win this race, Gary Cook and I were close friends and I finished second to him a lot!”

He then smiled at the trophy he received, smiled and said, “I’m almost sure that when I get a closer look at it, it will be one of those where I did finish second to him.”

“I love coming here, always a great track to race on, and great fans, it’s good to be back at Spoon River,” Spatola said as he waved to the crowd and headed back to the pits to further the celebration.

Nick Bauman pulled away early and easily won the Perkins Seed House Pro Late Model feature, giving him back-to-back feature wins and tying him with Evan Fink and Jose Parga with two feature wins each this season. Fink finished second in the feature, followed by Tommy Sheppard, Jr., Parga, and Brian Crebo. Parga and Fink had earlier won heat races in the division, which had a good field of 16 cars on hand.

Mark Anderson survived a late charge from Josh Allen to win his fifth Farmington Locker Pro Modified Feature this year. Allen followed Anderson for several laps before moving up to the middle groove late in the race. The two cars passed under the flagstand to start Lap 14 of the 15 lap feature side-by-side, and raced into turn one that way. Allen’s car went around on the slippery surface, and there was much initial debate as to whether or not the spin was contact related, as the two drivers did touch front wheels in the turn.

Allen, wanting to pick up a big win on his 24th birthday, was frustrated after the decision was made to send him to the back for the restart, but he passed several cars in the last two laps and charged back into the top 10 for a ninth place finish.

Kenny Butterfield wrapped up a successful weekend of UMP Hornet racing with the win in the Fulton FS Hornet Feature, giving him three wins in three nights at three different tracks. He held off a hard-charging Derrick DeFord for the win, and they were followed by Dallas Strauch with an impressive 3rd place finish, Steve Jones, and Matt Mackey. Mackey had earlier won his heat race, with Butterfield winning the other heat.

Next weekends events will start off with the four features that didn’t get to run at the Bill Anderson Memorial when the lights went out right before the Big storm hit the track. After that we will go into a regular racing program. Pit gate, Grandstands and Driver End of Draw will be one half hour earlier on Saturday. The four feature races will begin around 6