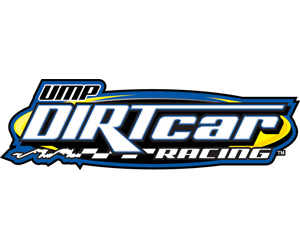 After some of the best heat races of the season and our annual Garden Lawn Mower Races we were ready for some feature action and some great action we did have in three of the four divisions on hand.

First up was the Perkins Seed House UMP Pro Late Model division. Jose Parga would sit on the pole with Fast Ed Bauman to his outside. At the drop of the green Parga would jump out to the lead and lead wire to wire for the win. All the action was behind Parga. Nick Bauman would settle into second while Tommy Sheppard Jr and Evan Fink would put on a great side by side battle for several laps bring the crowd to the feet. Fink would finally move around Sheppard and started to close the gap on Bauman. Fink using the high side would move around Bauman late in the race and began to track down Parga but the laps would run out on Fink as he closed within one car length as the checkered flag flew. Coming home in third was Nick Bauman followed by Sheppard and Ed Bauman. Heat race winners went to Sheppard and Nick Bauman.

Next up was the Farmington Locker UMP Pro Modified division. Steve Passmore after a great second place finish in his heat would start on the pole with Mark Anderson to his outside. Anderson would jump to the high side and take over the lead on lap one. Anderson moved out to a five car length lead but the battle was raging for second place between Passmore, Todd Bates, Kyle Girard and six place starter Josh Allen. Three and four wide these young men would battle until around lap ten when Allen would take the spot and started to track down Anderson. When the white flag flew Allen was on Andersons bumper. Anderson would move to the bottom to block but Allen jumped to the high side in one and two and beat Anderson into three and came around to take the checkered flag. Anderson would settle for second followed by a great third place run for Kyle Girard. Bates would come home fourth after having to go to the tail after jumping the berm at the midway point. Matt Parrott in a car that was built in six days came home in fifth. Heat race winners were Anderson and Bates.

In the Zane Automotive Service UMP Modified division Brandon Roberts would sit on the pole with Bobby Allen on his outside. At the drop of the green Allen shot to the high side and never looked back to take the checkered flag. Austin May, Kelly Kovski, Zac Oedewaldt and Roberts would battle for the second place position with some nail biting three and four wide action for several laps. May would eventually move into second and on a couple restarts late in the race try to challenge Allen on the low side but this was the Allen’s night. At the checkered flag behind Allen was May followed by eighth place starter Zac Oedewaldt, Roberts and ninth place starter Brian Lynn. In some exciting heat races the wins went to May, Kyle Steel and Roberts.

The Spoon 6-Shooter feature was won by Marvin Williams with new comer Jon Treadway in second.

Next Saturday Night will be Kids Back Pack Night