Breaking News:  Tickets go on sale today for the Castrol Oil FloRacing Night in America Super Late Model Race on Wednesday Night May 11th. Go to spoonriverspeedwaytix.eventbrite.com to get your tickets for this event. Save $5 by buying in advance 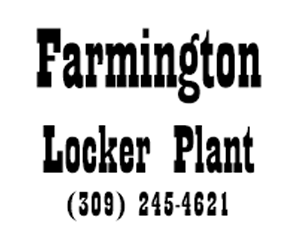 Every year about this time, as the UMP Summer Nationals draw near, the Zane’s Auto Service UMP Modified field gets dotted with big names from throughout the Midwest making a trip to Spoon River on a Saturday night to race with the regulars and “tune” for the big event in late June.

Veteran Modified hotshoe Brent Mullins of Mt. Olive, IL made the trip up from about an hour South of Springfield to get his 41M ready for June 23rd’s Summer Nationals event, and made it pay off when he held off hard-charging Kelly Kovski on the inside and Ray Bollinger on the outside to claim the win in the 20-lap Mod feature Saturday night.

“Yep, we did come here in part to get it ready for the Summer Nationals,” Mullins said in Perkins Seed House Victory lane, “but I try to make three or four trips up here every year because we just love the track. Smooth, fast, racy, wish I could get up here more, it’s always a good time.”

Mullins is also a Modified engine builder, and one of his engines, under the hood of Ray Bollinger’s #77, has also visited Victory Lane at Spoon River this year. On this night, Bollinger was able to get up to third behind Mullins and Kovski, but with the fastest lines being down low and being used by the two leaders, Bollinger made the best of the top side of the race track to make it close at the end.

For his part, Kovski made it even closer, drawing alongside Mullins as they raced off turn for towards the checkered flag, with Mullins hanging on by about two feet. Bollinger was on the other side of Mullins, and got up to Mullins’ right rear at the finish as the three cars flashed across the line with fans on their feet stretching for the best view of the action.

“I knew Kovski was coming after that last restart,” said Mullins, “I kind of lost my rhythm and he was fast down there on the bottom. I was about a groove and a half off the bottom, that’s where I was working best. Just glad we got the win.”

Behind the top three, Zac Oedewaldt and Steve Grotz rounded out the top 5 in the feature. Heat race wins went to Mullins and Bollinger, with Mullins also setting fast time on the night to complete the sweep.

In the Perkins Seed House Pro Late Model Division, it looked for all the world like Evan Fink would run away and hide with the 20-lap feature win, as the Glasford Gas Man shot from his outside second row starting spot to the top of turns one and two and picked off the leaders in the early laps, taking the lead from Jose Parga and pulling away steady until his 1F machine suddenly slowed, with the crew later finding a broken brake caliper to be the culprit, forcing Fink to exit and to relinquish the lead to Parga, who dominated the rest of the way for the win.

Several of the regular top division competitors at Spoon River exited early, including Nick Bauman and AJ May, leaving some newer names to make their way to top five finishes in the feature. Aaron Heck of Mt. Vernon finished behind Parga, followed by Tommy Elston of Keokuk, Iowa. Jake Little of Springfield finished fourth, ahead of Cody Maguire. The next five were Bill Kettering, Maverick Pillar, Melissa Hansmeyer, Jacob Denney and Gary Graham.

Parga, Little and Heck had won the heats earlier in the evening.

The NuTech Seed D2 Midget feature went to Andy Baugh, the “Mason City Maniac”, as it says on his 6B racer, his third feature win of the year.

“Gotta go slow to go fast sometimes,” said Baugh, who expertly feathered the gas throughout the 20 lapper on the smooth, slick surface. “I saw that 56 [Mitchell Davis] on the scoreboard and I figured he was right there, and as fast as he is here, I knew I couldn’t make a mistake.”

Davis finished second, followed by Austin Archdale, Brent Burrows and Chase McDermand as the field of 17 put on a solid show of position-swapping racing throughout the night. Archdale, Davis and Baugh won the three heats.

Mark Anderson found the line of the night…topside of 1 and 2, dropping to just off the bottom of 3 and 4, to dominate the Farmington Locker Pro Modified Feature, finishing ahead of Kevin Morrow, Kyle Girard, Matt Dobey and Derrick Tassart. Morrow charged from deep in the field to grab second after a poor heat race finish. Tassart and Anderson won the heat races in the Division.

In the Fulton FS Hornet Division, Dallas Strauch won the heat and the feature, ahead of Dave Lauritson and Sandy Chadd in both cases, and in the Spoon River Six Shooters, Marty Williams won his second straight feature, followed by Austin Yerbic and Ellie Vogel.

This Saturday, the Mods, Pro Late Models, Pro Mods, Hornets and Six Shooters will battle at The Spoon, admission is only $12 for a grandstand seat. Grandstand seats open at 5, hot laps at 6:15 followed by qualifying, with racing beginning around 7pm. Visit www.spoonriverspeedway.com for more info, and make sure you like Spoon River Speedway on facebook.