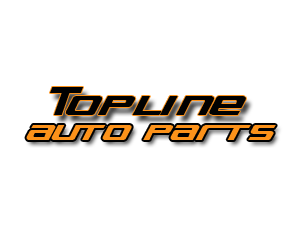 May earned the title by winning 15 features at various tracks throughout the season, and with UMP Points being determined by a driver’s best 20 finishes, May finished with an outstanding 75% win rate in the points chase. At the conclusion of the night’s Pro Late Model heat races, a delay for the ambulance crew on hand to tend to a fan who had fallen in the bleachers took place, and Spoon River officials called the Pro Late Model drivers who finished at the front of their various heats for their Frisbee redraw, with the twist being the driver didn’t keep the Frisbee he drew, but instead had to give it to another driver to determine their starting spot in the main event.

That delay, btw, was the second of the night where the ambulance crew was called – in hot laps an E Mod driven by teen driver Nash Hilmes went flying off of turn one with a stuck throttle, and the young driver alertly steered hi s careening car into an unforgiving row of mine tires rather than fly through the pit entrance where there would be pedestrians. The car was too damaged to continue the night, Hilmes spent significant time inside the ambulance, but was released and not transported, and reported to be okay except for some soreness. The event was running behind due to the ambulance delays and the crew did a fantastic job of moving the show along as best they could the rest of the night.

May was given the 9th starting spot, the highest possible number in the redraw, and had to start on the inside of the fifth row for the feature. Parga grabbed the early lead in the 60-lapper, as May quickly worked through the field to get um into second before the halfway point. New London, Iowa racer Sam Halstead then began a charge, eventually getting around May on a restart and working the inside while Parga worked the high side in the battle for the lead. May, with the UMP Championship locked up, didn’t like what he saw on the dashboard gauges and made a veteran move, pulling in with an overheating problem just past the halfway point to save his motor.

Parga held off Halstead until very late in the race, when something let go under the hood of the Halstead machine, leaving a trail of liquid all the way around the speedway and bringing out a final caution. There were no matches for Parga in the final laps, and he rolled to the $2,500 first prize, along with the huge trophy and Abe Lincoln-style top hat, a unique twist of an award, for winning the Railsplitter.

Evan Fink, who started 7th and early in the race jumped into the top 4 and never left it, finished a solid second, ahead of Nick Bauman, and Greg Kimmons, who looked outstanding in a Pro Late Model after his previous visits to Spoon River only coming in a Super Late Model. Andy Minett drove a tremendous race and ended up 5th on the night.

Heat races in the Division went to May, Kimmons, and Parga. Fast time in qualifying went to May as well, as it was apparent early he wasn’t going to hold anything back despite having the advantage going into the night. Just before the Pro Late Model feature, during the regularly scheduled intermission, May was able to address the fans in an interview from the frontstretch.

He was asked about the feeling of winning the title with a car that wasn’t purchased from another chassis builder, but built right in the family shop.

“It’s about 20 steps from the house to where the car was built,” he said, “and that makes it so special because it was a family effort with so much help from great friends. And to have it happen here at Spoon River where my Dad (Scott “Scooter” May) has only won like about 300 races, that just means a lot. We worked hard to get it.”

May will receive the big payoff for winning the season championship at the UMP Awards Banquet this winter.

In the Farmington Locker E-Mod Division, Pekin’s Kevin Morrow earned the top hat, trophy, and $1,000 winner’s share leading from the drop of the green in a caution filled feature that capped the night and the season of racing at The Spoon. 29 cars showed up for the event, the largest E-mod field of the year by far, after the heats and B-main whittled the field to 21 for the 30-lap feature, Morrow dominated the event to pick up the win.

“I’ve never had one of these on before, how does it look?” said a jubilant Morrow after donning the winner’s top hat. It looked great on him, by the way. “We had a great year, a lot of fun. I think Mark Anderson won the points championship (he did) tonight, and we finished second, and we’re good with that. It was a fun year.”

The IMRA/USAC Speed 2 Midgets, also known as the D2 midgets as one of their many monikers, raced for $1,500 to win, and drew a great mix of drivers from several states to their 30-lap event to wrap up their first season of extensive racing at Spoon River. The season points title went to Brent Burrows, who chased Dillon Morley most of the feature. Morley had to finish at least four spots ahead of Burrows to win the track points, and for awhile led by as many as 6 cars, but Burrows roared forward late, eventually finishing one spot AHEAD or Morley, 3rd and 4th.

But no matter how hard they raced, those cars were not keeping up with Chet Gehrke of Broken Arrow, Oklahoma. Gehrke was handed a Frisbee that put him back in the starting field by the other drivers, who definitely didn’t want him starting up front, but it didn’t matter as he wheeling his #11C machine quickly towards the front and eventually into the lead with an aggressive, drive-it-in-deep style despite the slick surface that had developed by that time of the event.

Havana’s Gedd Ross went to the top side midway through the feature and put on a huge charge, eventually moving into second, where he finished behind Gehrke. After Burrows and Morley, it was Shane Morgan finishing 5th. Heat race wins went to Gehrke, Ryan Probst, and Tracy Hull.

In the Zane’s Auto Service UMP Modified Division, Allen Weisser topped a field of 17 to win the $2,000 first prize and the trophy and top hat. Weisser jumped out front early and held off charges from Tommy Duncan, Ray Bollinger, Josh Allen and Zac Oedewaldt at various points in the race to earn the win.

“My crew signaled me to go up top, I figured Ray or someone must have been coming,” he said, referring to moving off the bottom mid race to the top side, which looked a little quicker for everyone except Duncan, whose car was seriously fast on the bottom. Weisser was right, Bollinger was on the move. “And I also saw Tommy (Duncan) flying around the bottom. It’s a good win when you beat a field this strong.”

Duncan ultimately finished 2nd, followed by Zac Oedewaldt, who capped a breakout season at Spoon River with another great finish, Bollinger, and Josh Allen. Sixth went to Mark Johnson, who also won one of the division’s three heats, along with Weisser and Bollinger.

Spoon will hold its annual awards banquet at the VFW in Canton on December 3rd. Admission will be $25 a ticket which includes a Buffet dinner served by the American Grill and DJ. Must be present to receive any awards. Please write names of attendees on a piece of paper and mail your RSVP and check back by November 12th if attending to Brad Denney 1136 S. 5th Ave Canton, Ill 61520